The picture below is the word cloud for Bucknell’s mission statement. 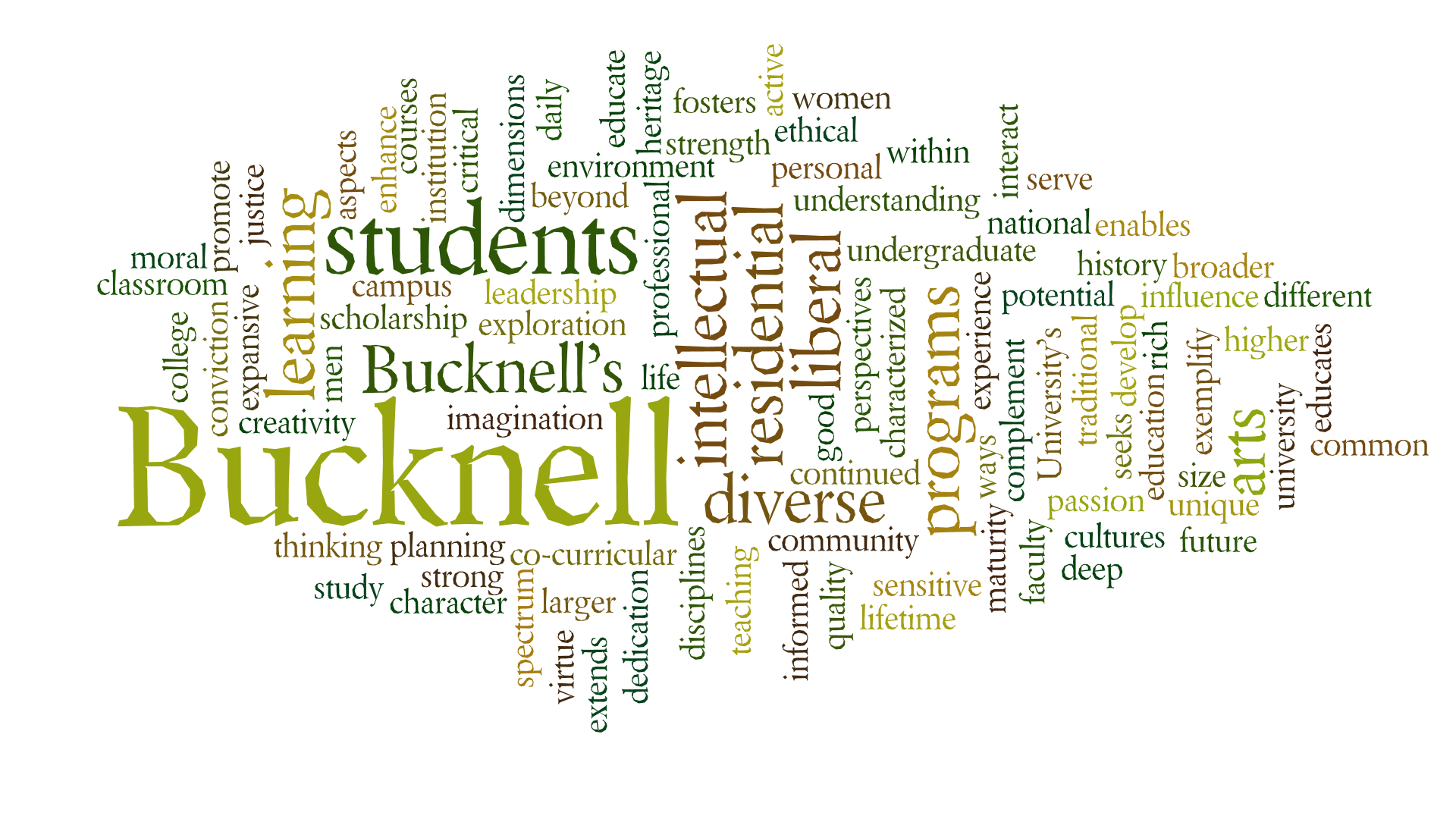 As we can see, “Bucknell” and “students” are dominant words. “Intellectual”, “residential”, “liberal”, “learning”, “programs” and “diverse” are subordinate. Since the visualization is based on the frequency that a word appears, it shows Bucknell’s Mission statement indicates the academic experience in Bucknell should be intellectual, residential, liberal and diversified. 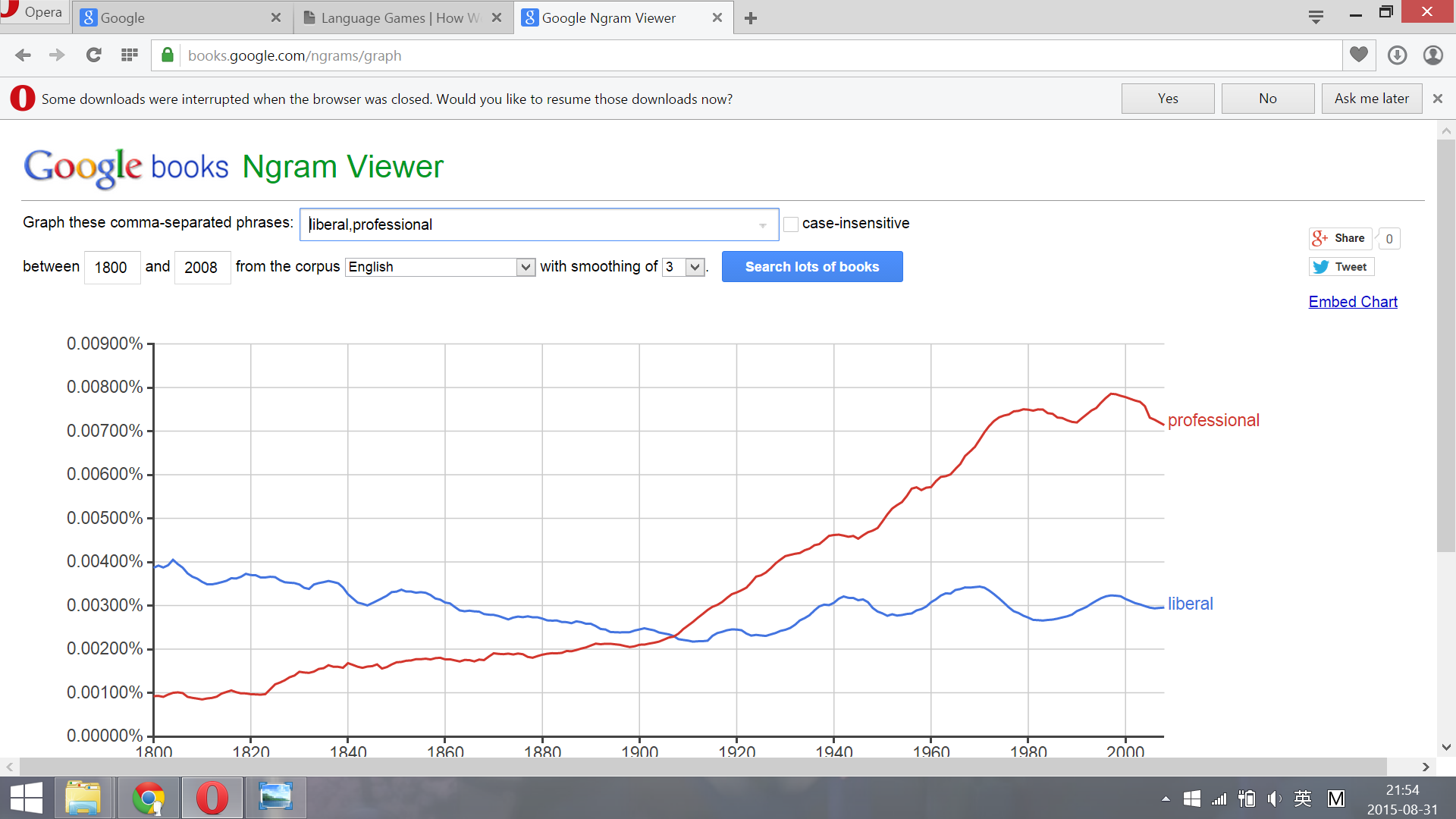 The Declaration of Independence

The picture below is the word cloud for the first two paragraph of The Declaration of Independence.

The word “government” and “powers” are dominant. The picture below is the screengrab of the Ngram of those two words. 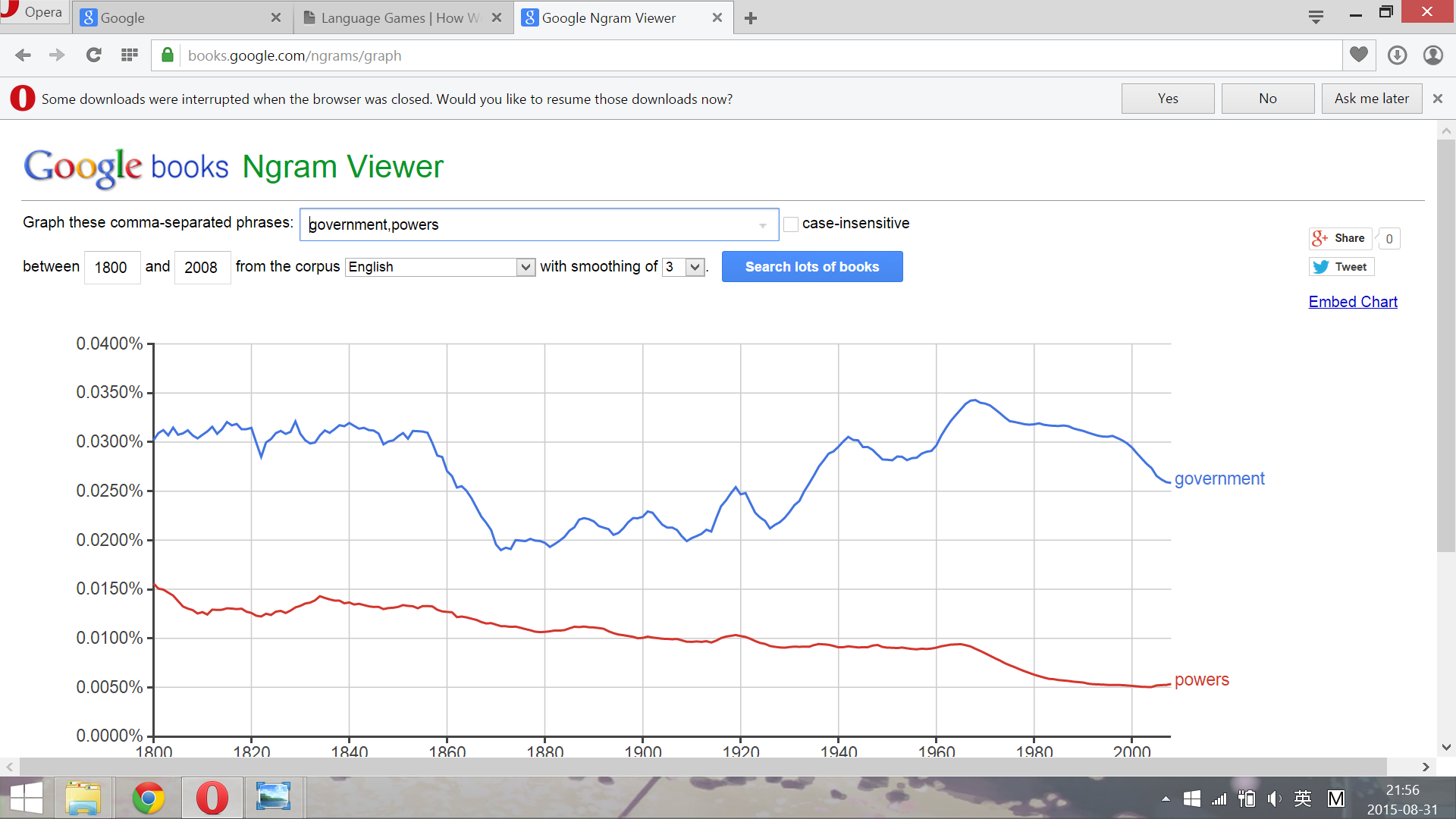 This Ngram shows that the frequency of appearance of “power” had decreased over years. Although there’re fluctuations of the frequency of the word “government”, it comes back high in the recent decade. This means during the peace era, the word “government” is less frequent to be mentioned. “Power” on the other hand, is constantly decreasing, since modern people are more into equality in stead of classes and hierarchy system in which power shows status and rights.

My name is Iris Xing Fu. I'm from Beijing, China. I can speak Mandarin, English, a little bit of Japanese, and I'm currently learning French as a beginner. My major is Accounting and Financial Management.
View all posts by Iris Fu →
This entry was posted in Assignment 1 and tagged Bucknell, Mission Statement, Ngram, The Declaration of Independence, wordle. Bookmark the permalink.